The Department of Digital Arts and Media, LSAD is delighted to announce that students from both the Music Technology and Production and Creative Broadcast and Film Production Programmes based at TUS Moylish received awards at the annual Smarter Travel Awards ceremony held on Thursday 28th April in Dublin’s Lighthouse Cinema.

The Smarter Travel Awards is an initiative that sees students from across Ireland invited to create projects relevant to their course discipline, promoting the use of more sustainable modes of transport such as walking, cycling, public transport and carpooling.

Entries are judged by an independent judging panel who are experts in their industry. Academic staff from third-level colleges are encouraged to get involved with the Student Awards by incorporating Smarter Travel into their graded coursework. 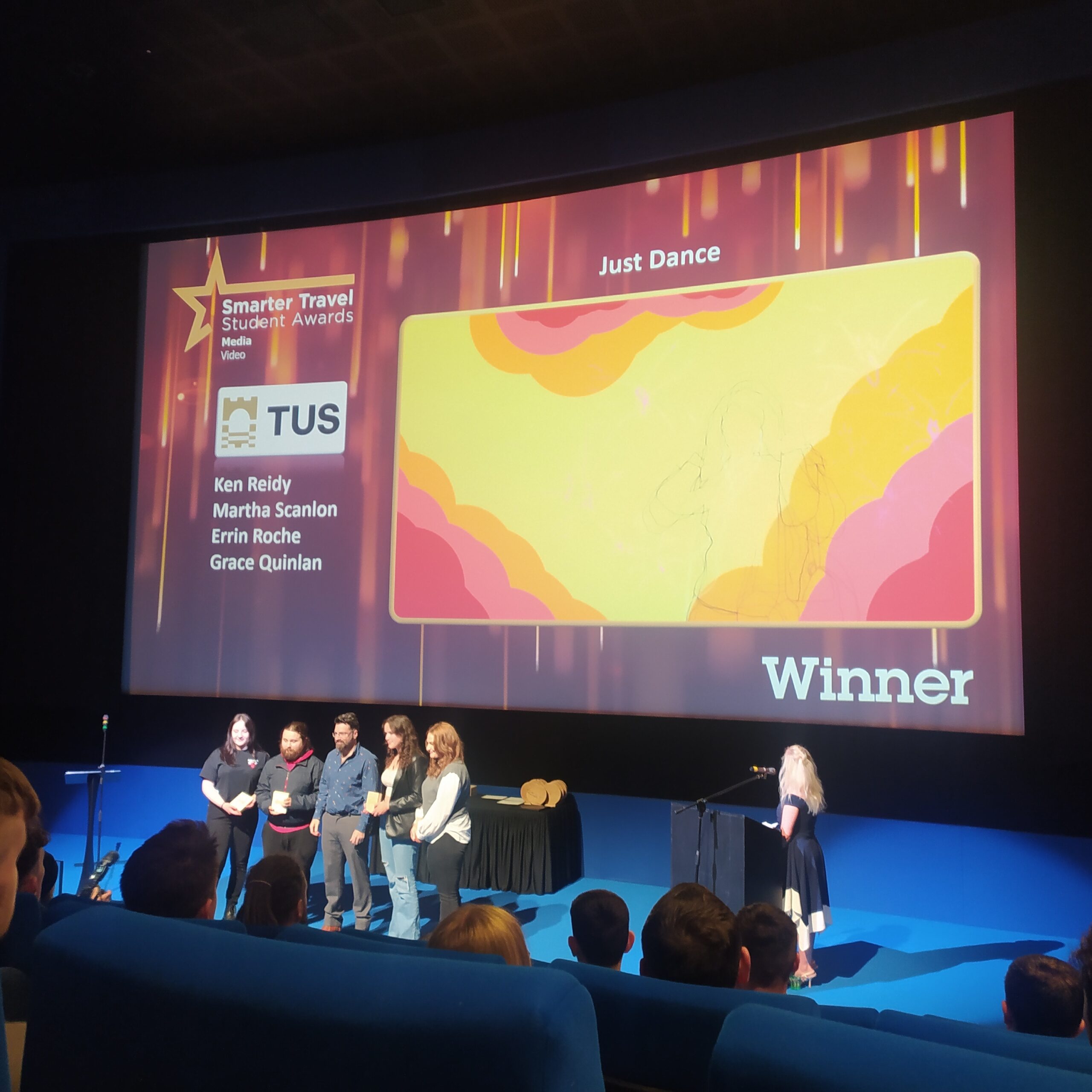 The video production ‘Just Dance’ promotes the benefits of walking, conveying the feeling of happiness and bliss as you help both yourself and the environment. The project, ‘Batteries Not Included’ saw students create a radio advert also promoting walking. Inspired and written in a style like that of teleshopping ads from the nineties,  the phrase “Batteries not included” was included as a parody to the classic phrase used in the majority of toy ads.

Muireann de Barra, Joint Programme Leader, Creative Broadcast and Film Production said, “ This is a wonderful achievement that allows students to explore their creativity and production skills while creating an awareness around sustainability in a way that speaks directly to their peers.”

Anne Graham, Chief Executive Officer at the National Transport Authority said: “We are delighted with the quality and quantity of entries into the Smarter Travel Student Awards this year. Sustainable travel on the commute to campus and beyond has multiple benefits including increased fitness, cost savings and cleaner air. Thanks to all the academic staff who have incorporated the awards into their curricula and we look forward to even more participation in the 2023 Student Awards”.

Further information can be found at smartertravelstudentawards.ie

​Congratulations also to Lecturers Róisín Crowley and Andrew Keogh who received Lecturers awards at the ceremony.