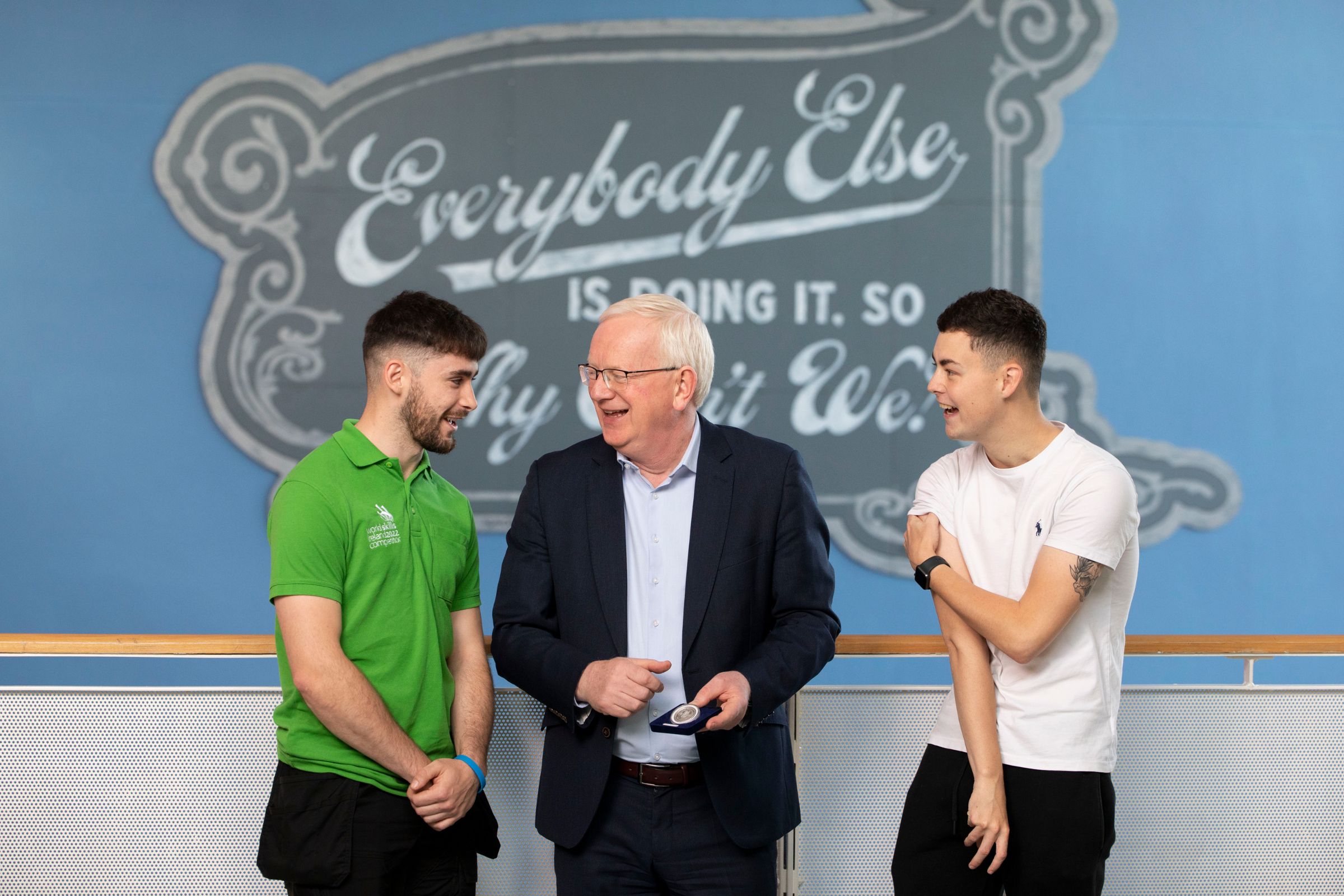 The TUS students were awarded the Worldskills Ireland titles following a three-day competition at the RDS in Dublin, during which they battled off stiff competition to take home the top prize in their respective categories.

Both Jack and Reece now qualify to go on to represent Ireland at the final of the Euro Skills in Gdansk in 2023 and the Worldskills competition in Lyon in 2024.

Congratulating the All Ireland winners and their mentors, Professor Cunnane said, “We are very proud of Jack and Reece as they go on to represent TUS and Ireland on the international stage. With the support of their TUS mentors they have worked tirelessly and with great skill and determination to achieve this huge accolade. They also represent TUS’s commitment to active learning and our undertaking to develop highly skilled, work ready graduates. With their proven skill and ambition, I know Jack and Reece will continue to do us proud in this global competition, and I would like to wish them the best of luck in the next phase.”

Jack and Reece have had success previously at Worldskills having both won silver in different competitions, before bringing home the gold this academic year.

Mechanical automation and maintenance fitter apprentice, Offaly native Reece, said he was thrilled to be named the National Industrial Mechanic at the Worldskills Ireland.

“I appreciate and would like to acknowledge the support of Keith O’Brien and Garret Walsh who have supported me during phase four of my apprenticeship. They made sure I was solid for the 2021 competition but unfortunately, I came second in the final that year. However, they both drove me on to give it another go in the 2022 competition, and this had been of huge benefit to me,” he said.

Meanwhile TUS third year culinary arts student Jack was also spurred on from his silver win at the national finals of the World Skills Ireland (WSI) cookery competition to do for gold at the Worldskills 2022.

Paying tribute to his mentors Jim O’Meara and Eithne Gavigan, he said, “I was delighted to win the competition as I came second last year and felt I could go one better. And then I did. It’s a tough competition but I would urge people to do it, as it is a great challenge.”

Worldskills Ireland is a partnership between enterprise, industry, education, training and government to raise the profile and recognition of skills and apprenticeships in Ireland.