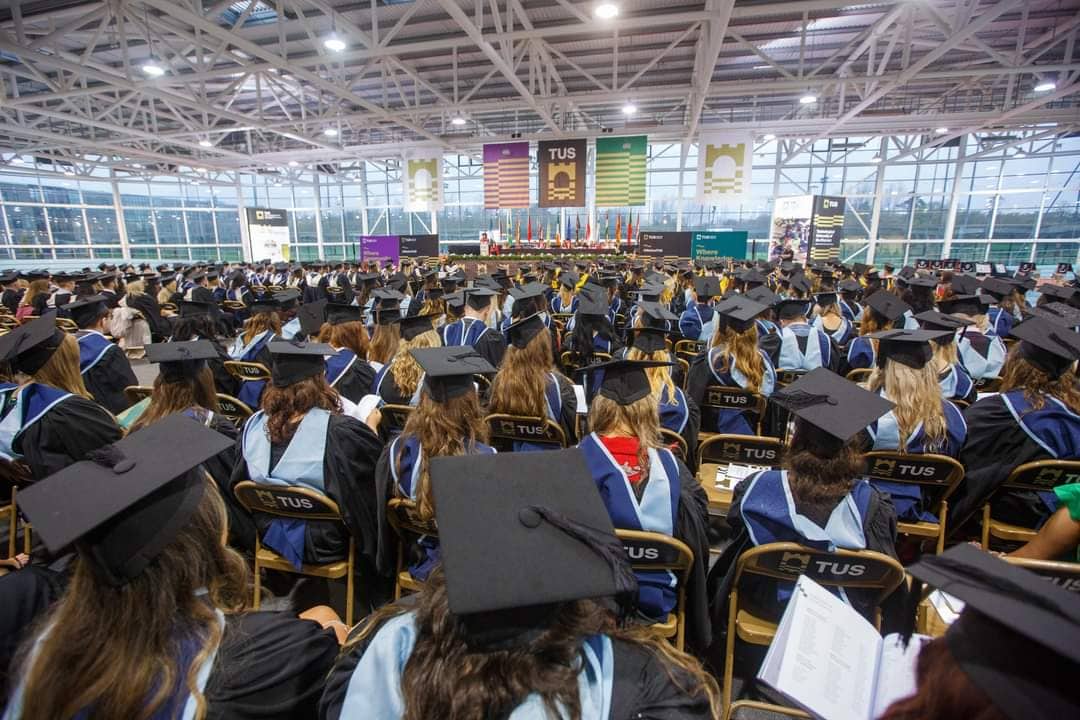 Graduates during our conferring ceremony in the International Arena on our Athlone campus.

Now is not the time for risk aversion – this is the overriding message from the President of TUS Professor Vincent Cunnane, as he told graduates of the Technological University of the Shannon (TUS) they have led the way in a new era of education, that TUS will continue to lead, and the system must follow.

The president’s remarks are part of his address to the 3,500 plus TUS graduates from six campuses, who will receive their parchments during nine conferring ceremonies in Athlone and Limerick, spanning four days – today Tuesday, November 1, 2022, to Friday, November 4, 2022.

Welcoming graduands to the first conferring ceremony in Athlone this afternoon, Chair of the TUS Governing Josephine Feehily acknowledged the unprecedented challenges that the class of 2022 faced and overcame during the pandemic.

“The character you have shown and the knowledge you have acquired will help to propel you not just in your careers but in your lives.  You have shown the qualities to meet the challenges of our world and I hope we have helped you to gain the wisdom to use your talent well,” she said.

In his speech Professor Cunnane said the new graduates had seen more change over the course of their studies than students had seen for previous generations.

He also reflected on what might have been lost during the pandemic, including “our relationship with society as a whole”.

“The skills of interaction and the experience of social mores that were denied to you for so long must be developed and redeveloped to match the incredible strength you have shown.  You must not become an avatar of yourself,” he told graduates.

“These days there is a tendency towards the cult of personality that I do sincerely hope will not be heightened even further in the post-pandemic era.  Communities are even more important for us all now.” 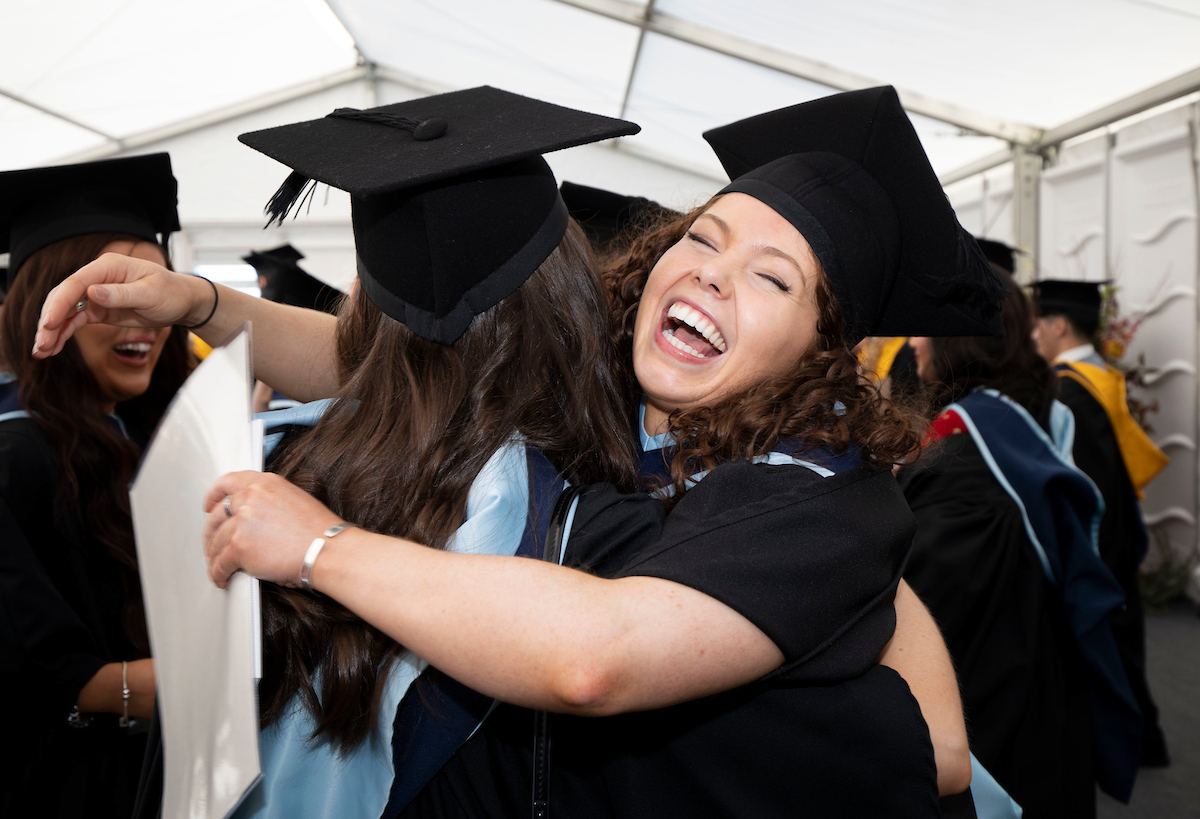 He reminded the graduates that their now alma mater, TUS, is focused on building and strengthening communities.

The president of one-year-old TUS added that Technological Universities are also an innovation, potentially allowing society to get ahead of future challenges rather than just responding after they happen.

“And like all innovations, we represent change and its inherent risk.  We represent the need for the system in which we operate overall to look deeply at what it does, the way it does it, and to adapt itself so that society can reap the huge potential that the Technological Universities represent here in Ireland,” he said.

“This is not a time for risk aversion, but the Irish Higher Education system probably has a quarter of a million people in it at any given time and a system of that size can have a tendency to resist change, to absorb the perturbation of change rather than adapt to it.  But remember it is easier to innovate now than to respond later.

“But today you are the most important people in that system. You have led the way; your university will lead the way and the system must follow.”

All TUS graduation ceremonies can be viewed on tus.ie: