President of TUS Professor Vincent Cunnane has congratulated the second year TUS LASD (Limerick School of Art and Design) Creative Broadcast and Film Production students who won the First Frame Best Documentary award at the Virgin Media Dublin International Film Festival 2022.  This is the second year in a row that students from the acclaimed TUS LSAD have won this national award. 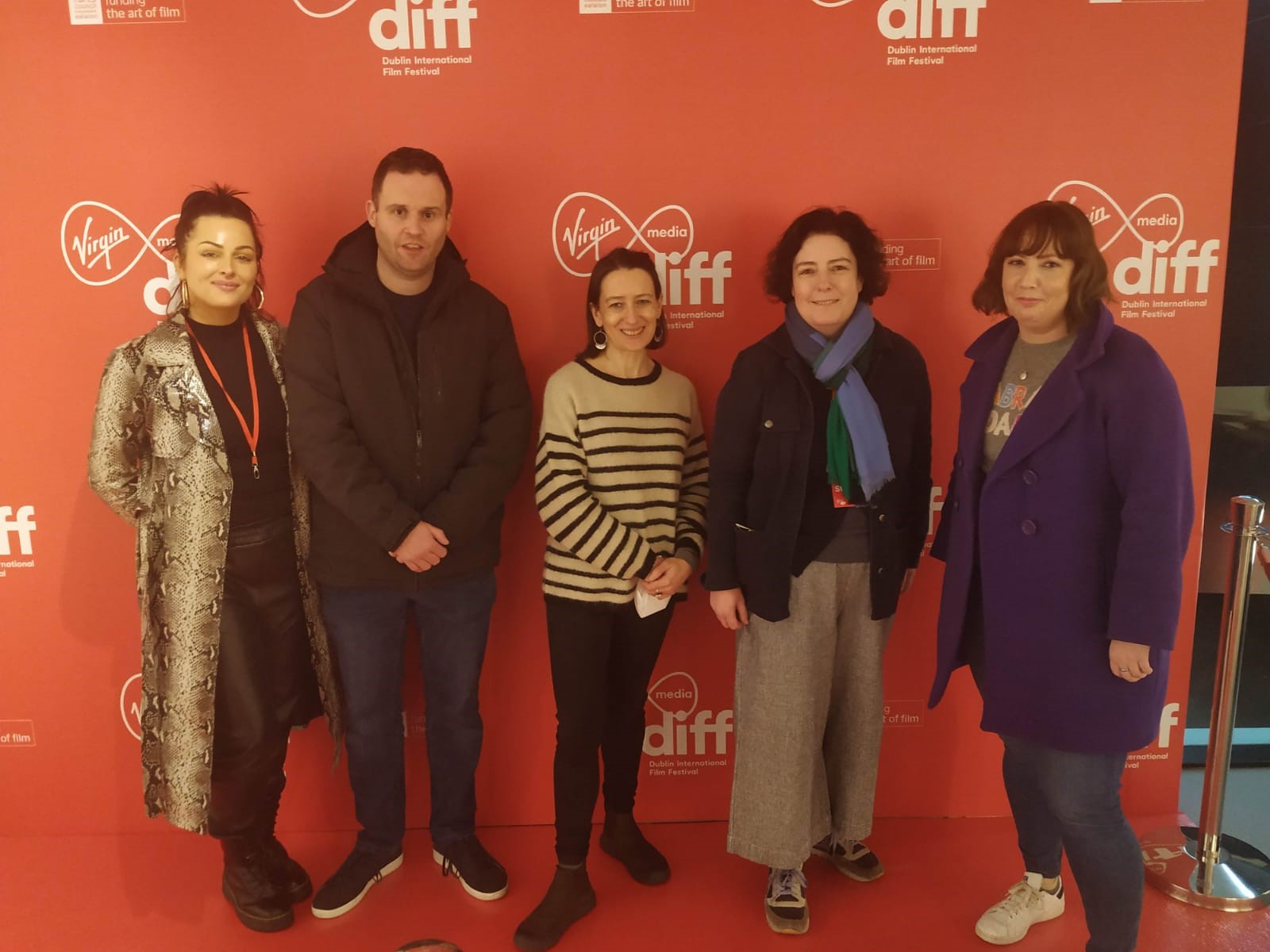 Directed by Corinne Gibbons and Shane Joyce, the winning documentary “Underground Éire” tells the story of “three Underground Limerick musicians who each struggle with their personal identities and relationships with being artists”.

Congratulating the winners Professor Cunnane said, “We at TUS are very proud of what Corinne, Shane, Jordan, Heather and Zach have achieved at the First Frame Awards. I would also like to acknowledge the work and dedication of the Creative Broadcast and Media Production staff who have encouraged and supported this creativity, and ensured the students have the skillset and training that not only allows them to make award winning films, but ensures they are work ready for the broadcast industry on graduating from TUS LSAD.”

First Frame, brings together students from 17 film courses, universities and further education institutions from across Ireland as part of an international film event.

Speaking following the ceremony in Dublin’s Lighthouse Cinema, Muireann de Barra, Joint Programme Leader Creative Broadcast and Film Production Programme said she was thrilled for the TUS LSAD students, describing the win as a richly deserved recognition of their work among a high caliber of submissions from across the country

“This documentary adds a trio of fresh, new and authentic voices to the wealth of talent at the heart of Limerick’s multicultural music scene. We couldn’t be prouder of the Creative Broadcasting and Film Production students for capturing their stories and are delighted to see it receive national recognition at the VMDIFF First Frame awards, with thanks to the jury members. Returning to in-person film screening events was a welcome change and this award really is the icing on the cake,” she added.

In a joint statement, directors Shane Joyce and Corinne Gibbons, said, “Winning this award is an honour. We are so grateful to have had the opportunity and trust to capture the stories presented in the film. Now to be sharing these stories in front of audiences and hearing the connection people are having with them is just sensational.  Being a part of the Dublin International Film Festival has been fantastic and we couldn’t be happier with our award and screening of Underground Éire.”

The documentary has also ​been accepted into First Cut! Youth Film Festival in Youghal. Co. Cork (9-12th March) and The Catalyst International Film Festival in Limerick in April 2022 which prioritises stories and storytellers currently under-represented on screen and behind the camera.