The Technological University of the Shannon (TUS) kicked off its International Women’s Day celebrations with a jam-packed schedule of activities, which began with a flag-raising ceremony across its Athlone and Moylish campuses. 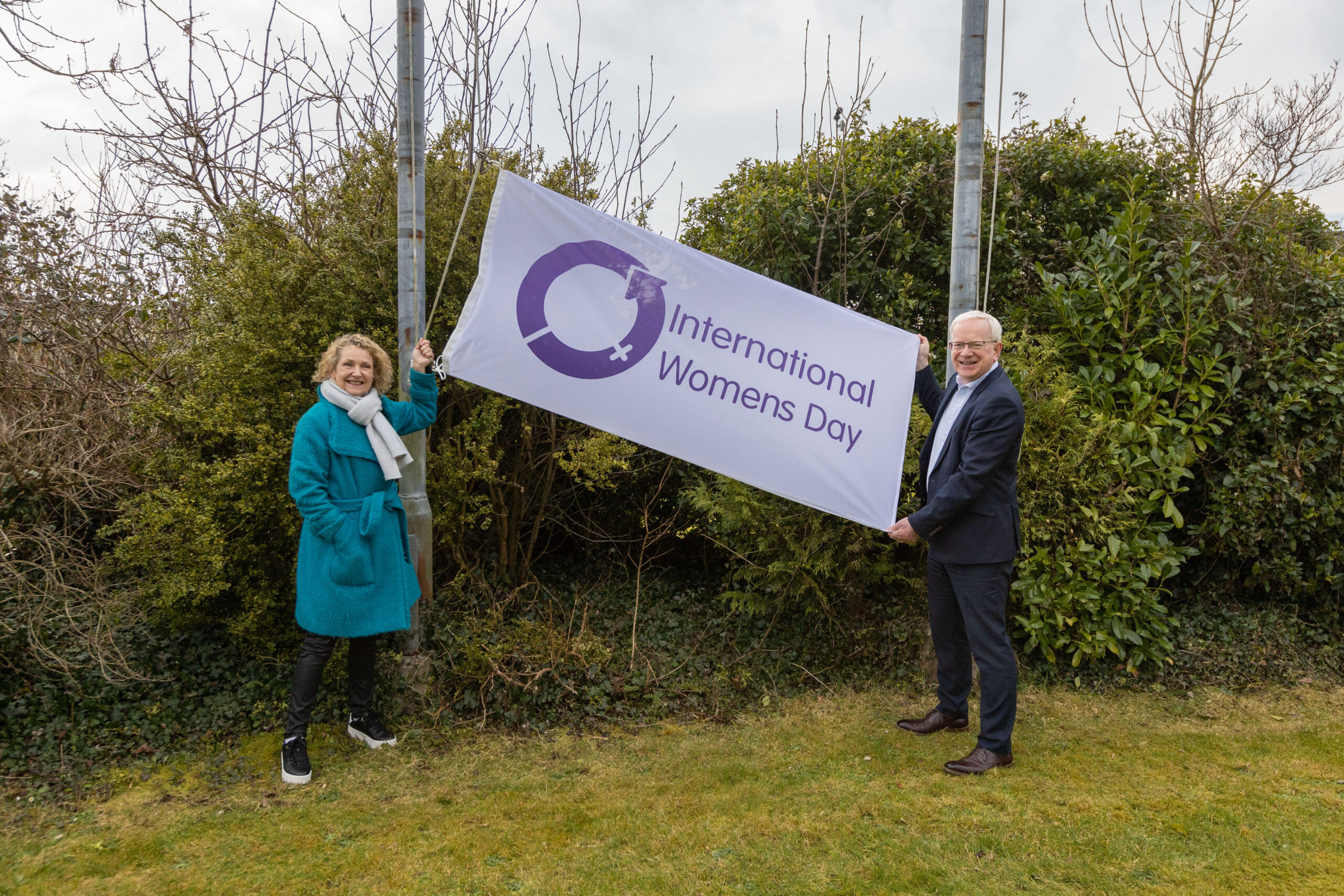 International Women’s Day, an event first celebrated by the United Nations in 1975 but dating back more than a century, recognises the social, economic, cultural and political achievements of women globally.

This year’s theme, ‘Break the Bias’, calls for the acceleration of gender parity, a reduction in bias and for the creation of a more gender-balanced world.

One of the highlights of this year’s International Women’s Day celebrations at TUS was a keynote address by Cathaoirleach of Longford Municipal District Uruemu Adejinmi, who spoke about her journey from Nigeria to Irish politics.

Cllr Adejinmi, who graduated with a MBA from TUS (then AIT) in 2011, made history last year when she became the first migrant, first African, and the first black woman to ever be appointed mayor in Ireland.

Speaking to the entire TUS community, she explained how she had dealt with and overcome cultural challenges and discrimination, including racial profiling and stereotyping, but “broke the bias” by becoming the “first migrant mayor”. 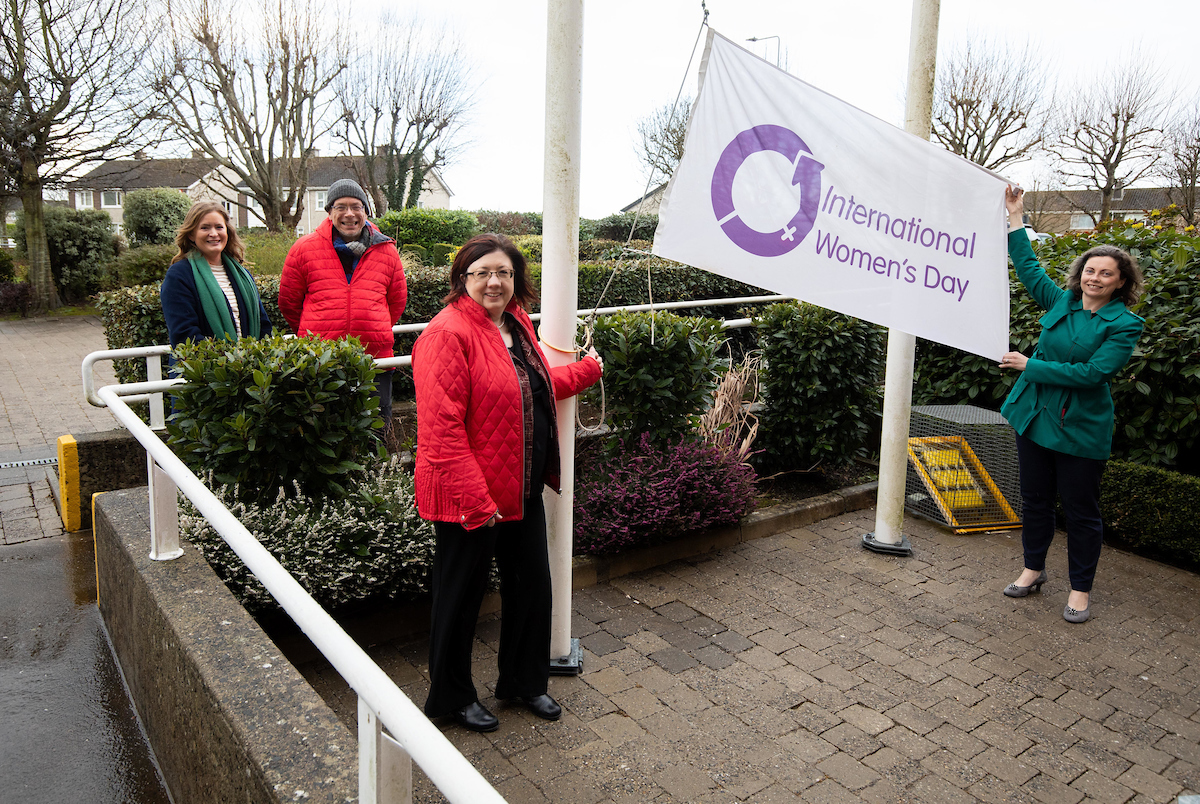 In sharing her story, she stressed the importance of representation in politics and encouraged more women and minorities to get involved.

“My very first council meeting – it got me thinking this is where policies are made that affect the lives of people in the local community and there was no representation of immigrants. Without representation, people can only imagine what challenges you face,” she explained.

He also emphasised the university’s promotion of inclusion and embrace of equality of opportunity and diversity of perspectives: “We are a TU with a heart, facilitating access, participation, and ensuring a sense of involvement within the wider community – regionally, nationally and internationally – and a community within itself.” 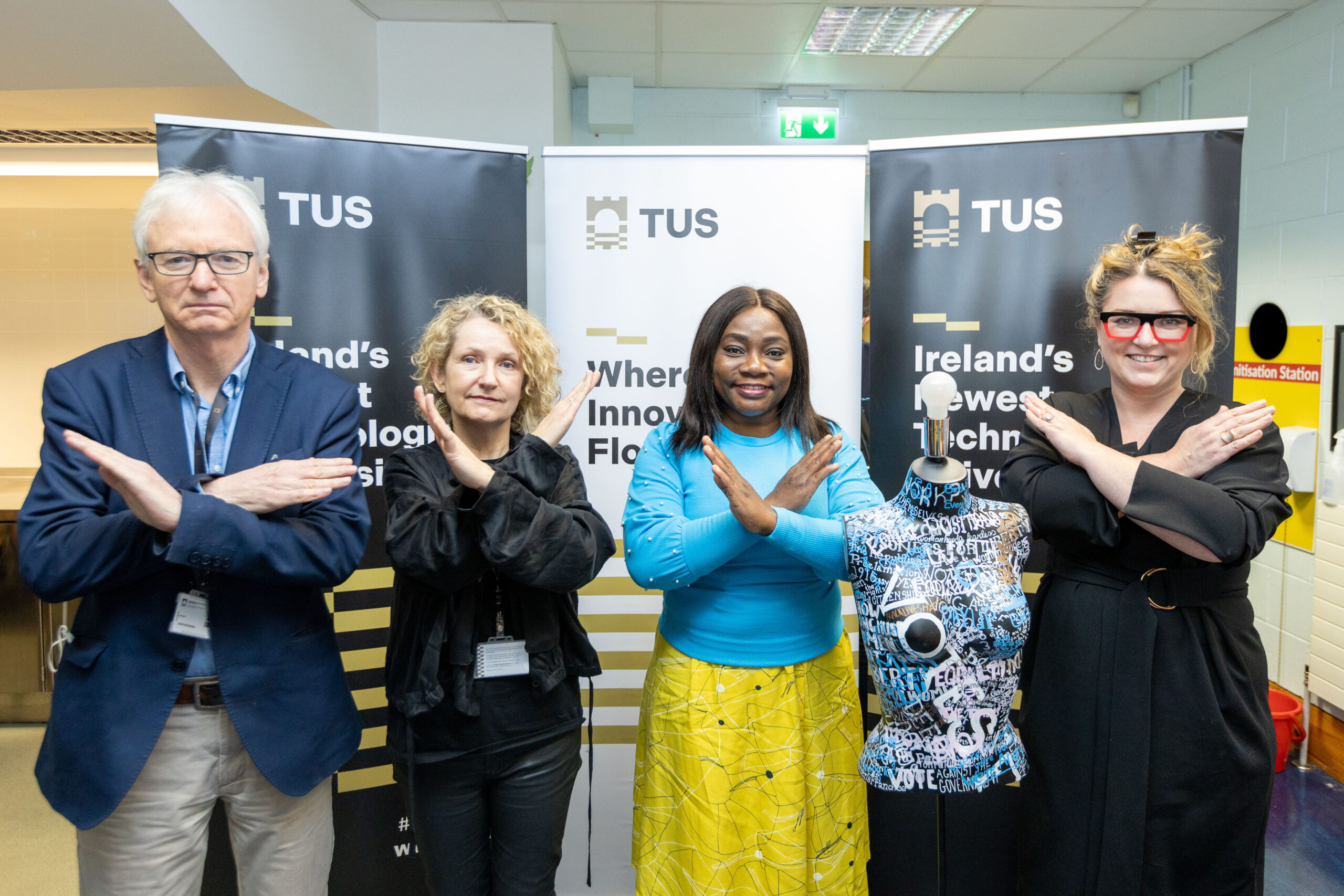 As a new technological university, TUS has already taken steps to furthering equality, diversity and inclusion across its six campuses, most notably through its commitment to the Athena SWAN charter, a framework used to support and achieve gender equality within higher education (HE) and research.

TUS will shortly submit its application for an Athena SWAN legacy award, combining its existing Athena SWAN bronze awards, which will be accompanied by an extensive gender equality action plan.

Marian Duggan, VP for People, Culture and EDI at TUS, also outlined some of the work that is taking place in TUS to tackle issue of violence against women, including the rolling out of consent workshops and the launch of Speak Out, a tool which enables students and staff to anonymously report incidences of bullying, harassment, discrimination, hate crime, assault and rape. 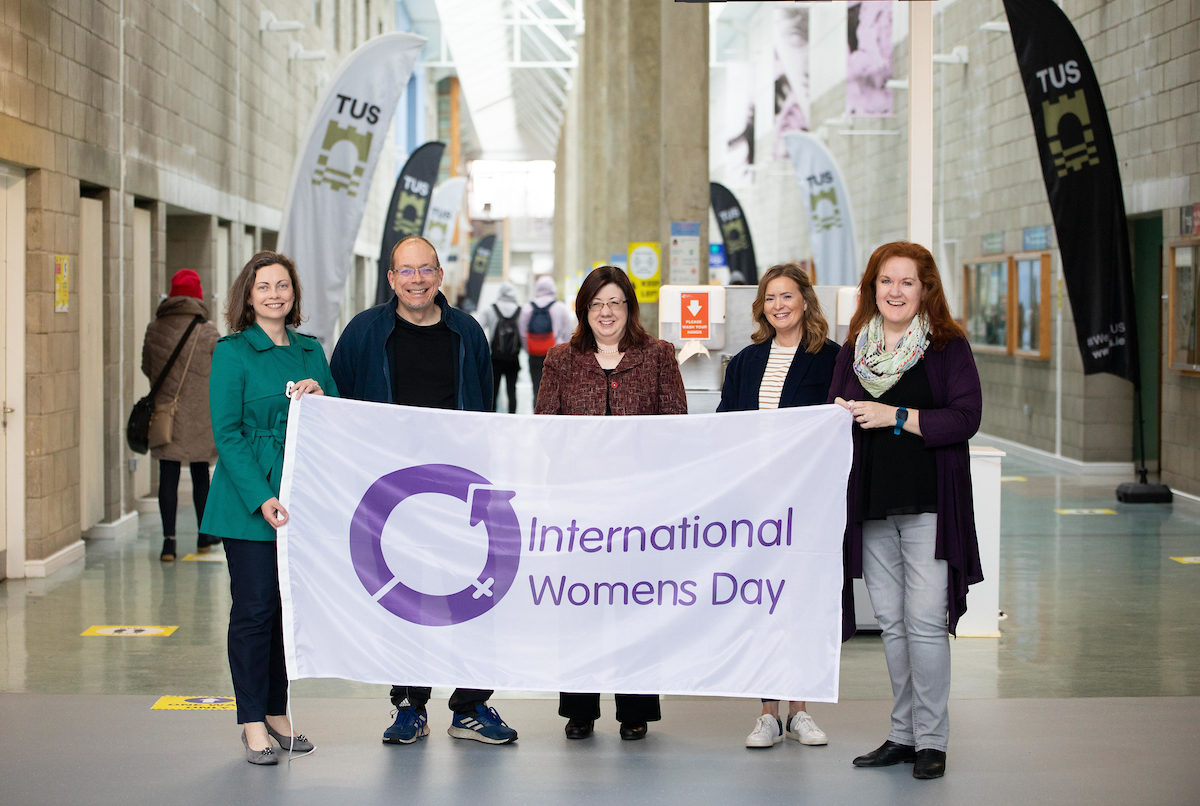 “Several members of staff across all campuses, faculties and functional areas have been trained to become first responders in supported disclosures,” she said, noting the significant uptake of this type of training amongst staff.

Commenting on the huge turn out and enthusiasm for International Women’s Day across all six of TUS’s campus, Marian said, “To see such an attendance, I think it’s truly reflective of TUS’s progressive attitude, support of women and its commitment to helping create a fairer, more gender-balanced world.”

TUS’s IWD festivities continue until the end of the week at LSAD with “Women’s Rights Are Human Rights”, an exhibition of posters celebrating and acknowledging the vital role that citizens play in protecting and promoting human rights, while challenging gender inequality and stereotypes, advancing reproductive and sexual rights, protecting women and girls against brutality, and promoting women’s empowerment, education and participation in society.