From TUS, With Love: Husband and Wife Graduate From TUS Together 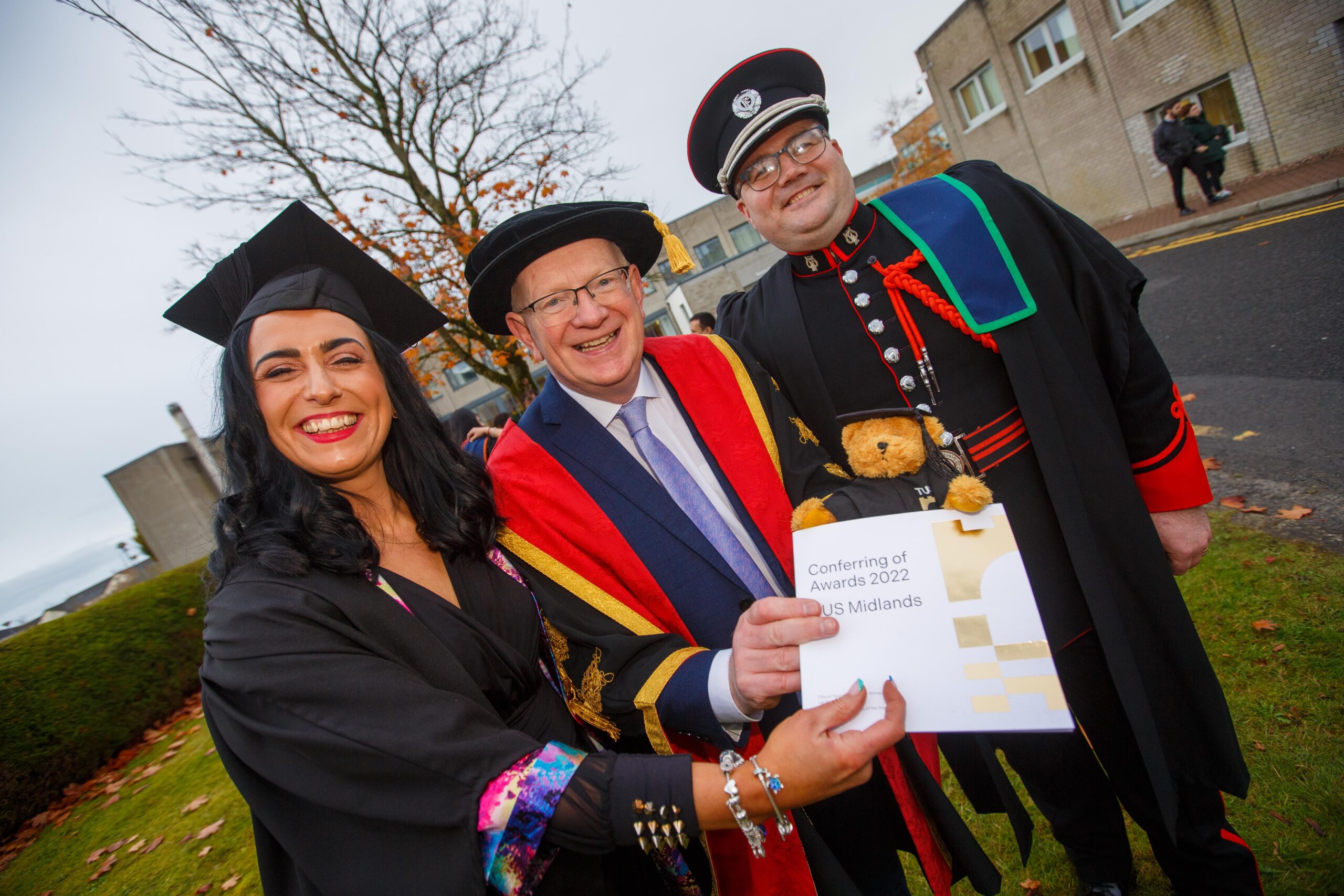 A married couple has graduated from two different campuses of the Technological University of the Shannon (TUS) this week, making them the first cross-campus couple to ever be conferred by the technological university.

Sergeant Alan Lawylor, 38, was awarded a Certificate in Procurement from the university’s Athlone campus, while his wife, Nikkie, 37, received a Higher Diploma in Accounting from its Moylish campus in Limerick City.

The couple, who have been married for 15 years and have four children together, were among 3,500 TUS graduates conferred in the Midlands and Midwest.

Alan and Nikkie decided to return to education during Covid and upskill via Springboard, taking advantage of the ability to study remotely.

This was Alan’s first time attending college; he joined the Irish Defence Forces School of Music as an instrumentalist after completing his Leaving Certificate and has been there ever since. “I celebrated 20 years last July!” he said.

Alan, originally from Tullamore, plays the clarinet in the Army Band of the 2nd Brigade, conducted by Captain Thomas Kelly, and has been providing musical accompaniment for graduations in Athlone for “at least 16 of those years”.

This was his first time wearing the cap and gown, which he wore with his army uniform.

“I was always a bridesmaid, never a bride – until now,” he quipped, expressing his delight at graduating from TUS’s Athlone campus this week.

Nikkie, who works in capital accounting for the National Ambulance Service in Tullamore “looking after the equipment for the fleet”, actually started out her studies in law, completing a higher certificate in Athlone, before continuing on to study accounting in Limerick. 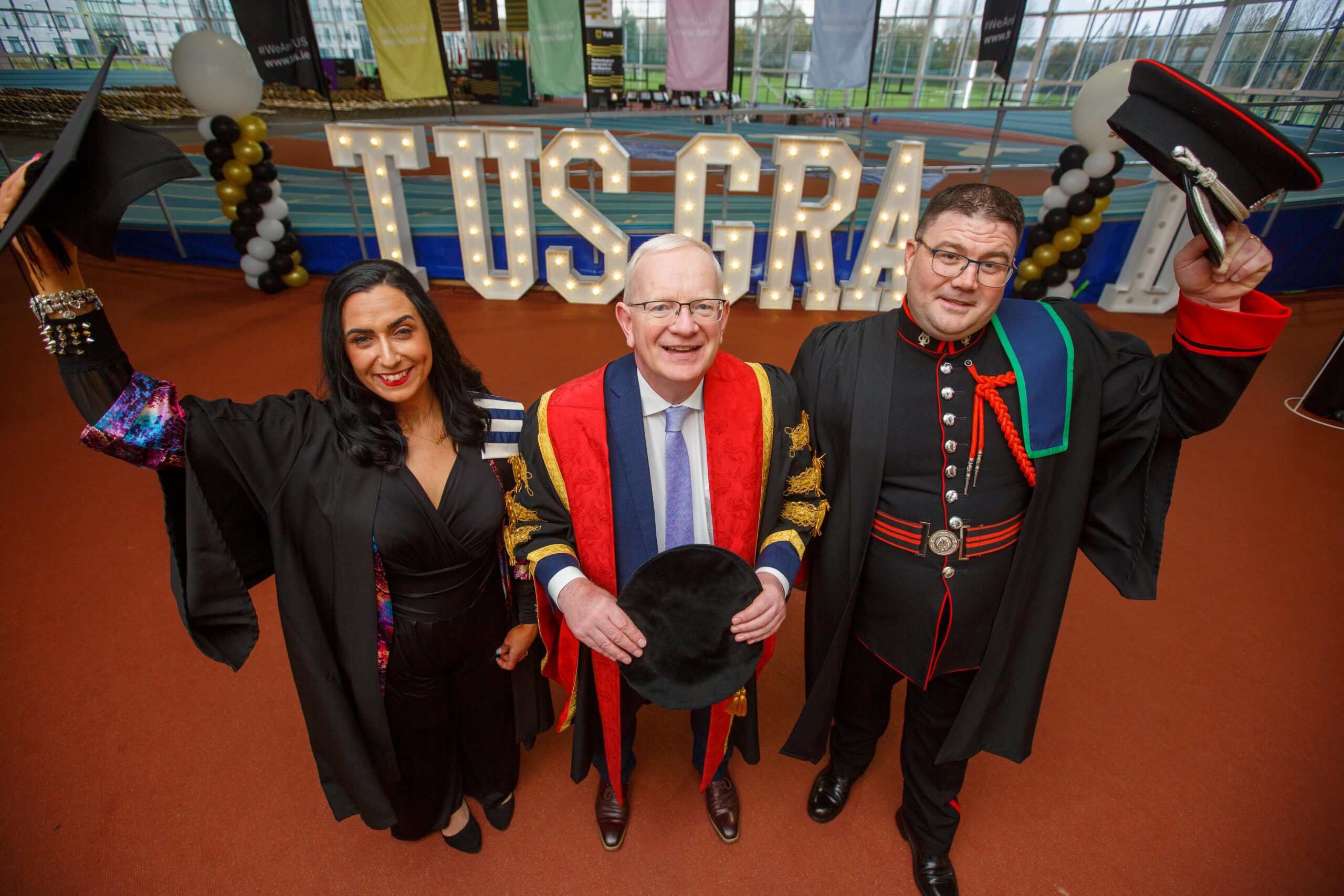 “I studied law in Athlone two days a week years ago,” she explained, “but then I went out of education for a good few years; I was working and starting a family.”

For Nikkie, Covid provided the perfect opportunity to continue on with her education.

“Covid was terrible, but I was at home more and I thought, ‘Oh god, this course would be really good for me’, but I knew I couldn’t travel to Limerick twice a week – it just wouldn’t have been possible with the kids,” she said.

Thankfully, the couple who live in Nikkie’s hometown of Strokestown didn’t have far to commute as both of their courses were delivered online.

“When you’ve two people attending college in two different campuses – without having to leave the house, well that’s a godsend,” Alan said.

“It’s the one thing I’m grateful for from Covid is that it gave us that accessibility to education, and the college was just brilliant with us, giving us everything we needed,” Nikkie agreed.

While juggling two busy full-time jobs and four children wasn’t easy for either of them, Alan and Nikkie says they’ve “had a lot of support”.

“We were really lucky because we had each other and we’ve an older daughter and my mam’s next door,” Nikkie said.

Even so, it wasn’t easy and Nikkie especially found herself challenged when she lost her nan, a stroke patient, during her studies.

“It was during Covid; I really didn’t think I’d be able to continue at that time,” she said.

The mother of four, who looked after her nan in her final days, would try to fit in watching lectures on her laptop before heading back to keep nan company.

“One evening I was sitting reading my tax notes out loud – it was late and I was trying to catch up – she turns around and says, ‘that’s very boring, isn’t it?’” Nikkie laughed.

Looking to the future, Alan hopes to keep playing music while continuing his studies at TUS’s Athlone campus. “I’m hoping to progress onto the project management course next – you can do it all here at TUS, which is great,” he explained.

Nikkie, with her Level 8 award, says she’s done for now, but has a qualification that “will really stand to me; it will help me progress my career”.

For Nikkie receiving her award this week was a huge highlight and a joy shared with her nan. “This is for her, she’d be so delighted,” she said.