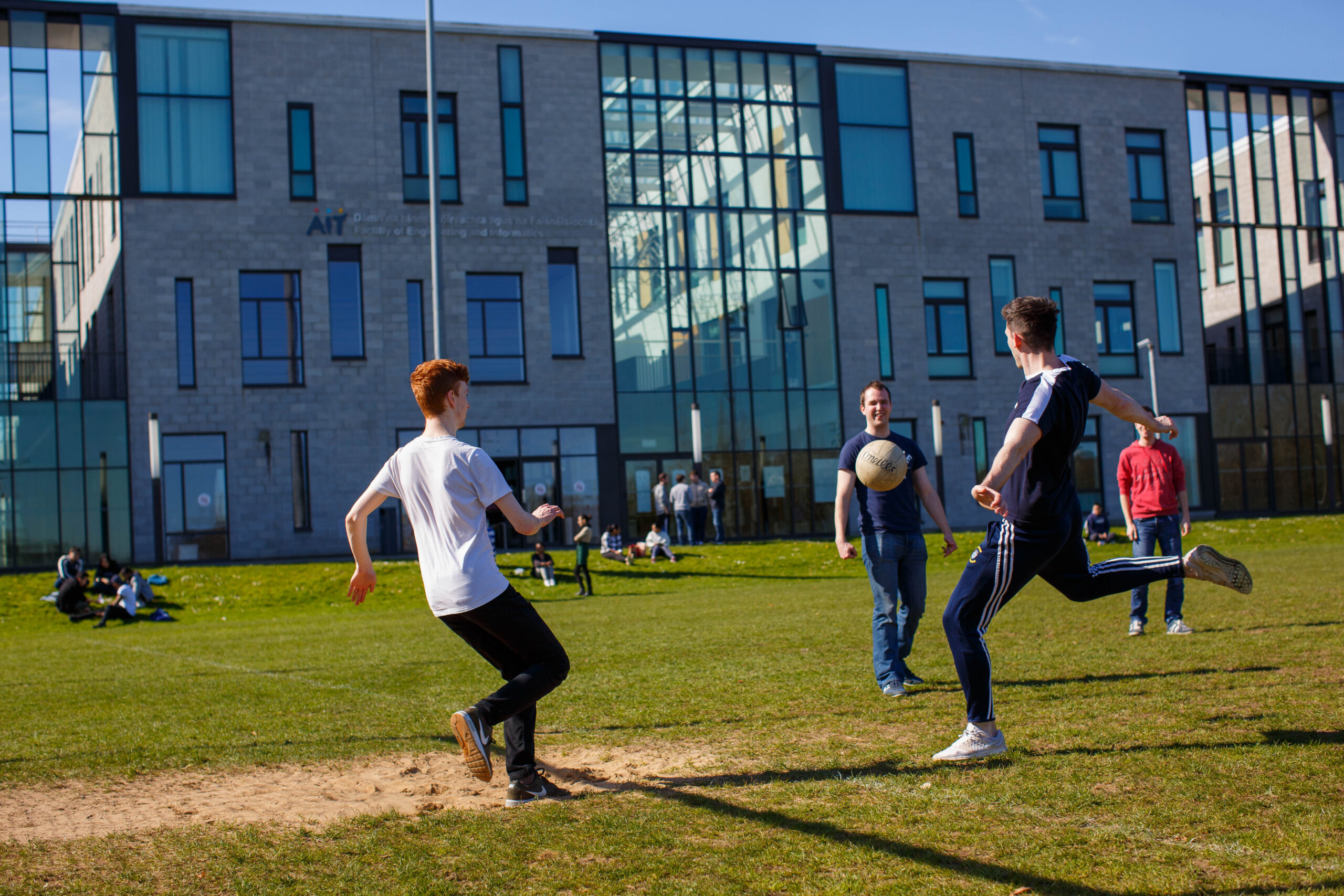 Students playing football on the pitches on TUS’s campus in Athlone.

Physical activity levels in children and teenagers across Ireland and Northern Ireland have improved slightly over the past eight years but not all children and teens have an equal chance to be active, a new Active Healthy Kids Report Card has found.

In research involving the Technological University of the Shannon, the Ireland North and South Report Card on Physical Activity for Children and Adolescents has found a slight improvement in overall physical activity levels across the island of Ireland since 2016 but has also identified a number of inequalities.

The Report Card was produced as part of the Active Healthy Kids Global Alliance, established in 2014 to create a world of active healthy kids. Close to 70 countries have signed up and taken part in the global alliance to date.

Ireland’s 2022 Report Card, which is the third report of its kind for Ireland and Northern Ireland and provides a grade across eleven indicators for physical activity among children and teenagers, had significant involvement from TUS researchers in the SHE research group within the Department of Sport and Health Sciences in Athlone.

On evaluating data, the team of investigators awarded a C minus grade for overall physical activity, representing a slight improvement on the D grade awarded in 2016, while other indicators remained unchanged.

For the first time, the report card analysed data on physical activity among children and adolescents with disabilities, showing that children with disabilities required more family and peer support to be physically active compared to the general population.

The report made several recommendations, including the need for a framework for the systematic surveillance of indicators related to physical activity for children and teens with disabilities.

Commenting on the findings, Dr Kieran O’Dowd, researcher in exercise and health at the Technological University of the Shannon, said, “Although there appear to be some improvements in certain areas, it is critical that policy makers, public health organisations, researchers and practitioners continue to target the inequalities in physical activity participation, specifically gender, socioeconomic level and children with disabilities. We have been aware of these inequalities for a very long time now, but they continue to persist, with little ground being made in reducing these inequalities.”